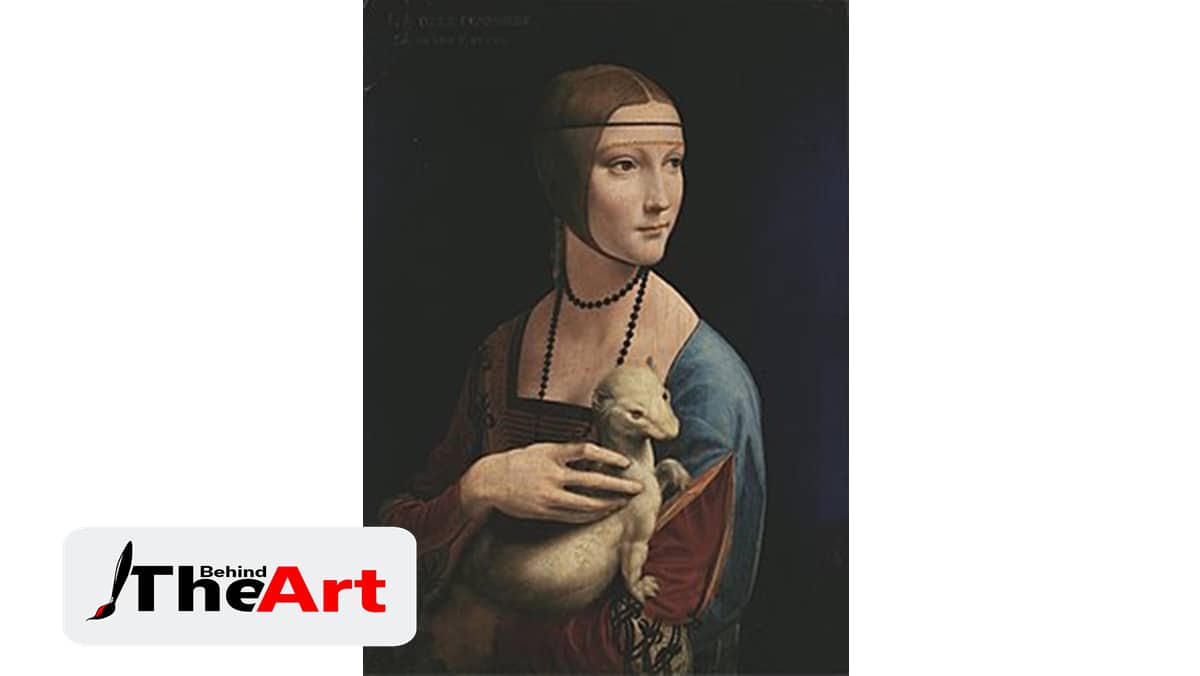 Leonardo da Vinci was a Renaissance polymath who excelled in engineering, painting, architecture, science, and more. There are only four surviving portraits made by this Italian genius one of which is The Mona Lisa undeniably the most talked about painting in the world. And then came another beauty – Lady with an Ermine. Da Vinci painted this masterpiece circa 1489-1490 and is now considered one of Poland’s national treasures. Portrait of Cecilia Gallerani, mistress of Ludovico Sforza, Duke of Milan. It is currently housed in the Czartoryski Museum in Kraków. It is part of the Prince Czartoryski Collection, which was sold for €100 million on 29 December 2016 to the Polish government by the Prince Czartoryski Foundation, represented by Adam Karol Czartoryski, the last direct descendant of Izabela Czartoryska Flemming and Adam George Czartoryski, who brought the painting to Poland from Italy in 1798. But why Lady with an Ermine by Leonardo da Vinci very important? What are some interesting facts about this masterpiece?

The story behind the art

Cecilia Gallerani is an alluring young woman who is the favorite mistress of the Duke of Milan Ludovico Sforza. He was 16 years old when Da Vinci was assigned to paint her portrait and was probably pregnant at the time. She is known for her beauty, scholarship and poetry skills. She became the Duke’s mistress and bore him a son, even after his marriage to Beatrice d’Este eleven years earlier. After a few months, Beatrice learned that the Duke still saw Gallerani and forced the Duke to end the relationship by marrying her to Count Ludovico Carminati in Brambilla, also known as Il Bergamino. A newlywed couple moved to the Palazzo Carmagnola in Milan. Thus ended the intense love affair between the Duke and Gallerani. But he portrait by Da Vinci remains a symbol of the love they shared. The painting The Lady With An Ermine came into the hands of Poland in 1800, after the young Prince Adam Czartoryski purchased it during his tour of Italy. The painting was for his mother, who was a collector and founder of the Czartoryski Museum. The way Princess Izabela handled this masterpiece might give modern historians a heart attack. He doesn’t like the blue background color used by Da Vinci in the painting so that he painted it in deep black and then painted with the wrong title ‘La Belle Ferronniere’ (the portrait that now hangs in the Louvre). As if this wasn’t enough, her dress under the ermine was fixed and the transparent veil worn by the woman was repainted to match the color of her hair. The result of this final retouching is to give the look that her hair reaches down and under her chin. And there was an additional dark shadow between the fingers of his right hand, a close look under the two fingers showed that they were quite inferior to the others after an unknown restorer repainted them. This X-ray Paint reveal the presence of the door in the original background. Luckily the ermine was untouched although the Princess commented “If it’s a dog, it’s so ugly” after receiving the portrait from the heroic Prince Adam. Da Vinci’s paintings not only had to go through such an intense transformation but were forced into exile on many occasions, locked up in a hidden cellar in a country castle and then stolen by the wartime Nazi governor Cracow.

Why is the woman holding the mink?

The nanny in the painting is holding a white ermine which Princess Poland calls the ‘ugly dog’. Art experts first thought that Da Vinci using animals as decorative elements of painting. However, it was later discovered that the animal was an allusion to Lodovico Sforza as he sometimes goes by the name ‘ermelino bianco’ (white mink). This portrait is a love letter from Sforza to his master and since he couldn’t pose with him in it, Da Vinci used the animal to signify his undying love for Gallerani. Mink also covered Gallerani’s pregnancy at the same time. Da Vinci was also known for studying animals and it is known that in his winter coat the ermine is a traditional symbol of purity and simplicity. In his old age, Leonardo compiled a bestiary in which he notes: “The dwarves that do not eat never eat but once a day, and they prefer to allow themselves to be caught by hunters than to take refuge in a dirty den, so as not to be stained. its purity.

Why is this portrait so important?

It’s been more than 500 years since Da Vinci painted this, yet people still flock to see this masterpiece in person. According to art historians, it is the world’s first modern-day portrait. The portrait is a great example of Leonardo’s painting style and its unique crossover of light and shadow. Some also claim this is the first renaissance painting of a woman that shows her personality and thoughts, not just her beauty. Holds some similarities with Mona Lisa, Da Vinci painted the nanny of the painting in such a way that it was as if she moved her gaze. The technique of painting static images with a sense of motion in them is another reason why this painting is so loved by the art world. After all, it was by Da Vinci and whatever man touches turns to gold. So much so that in 2011, during a trip around Europe, the painting was insured for 300 million Euros.

Next in Behind Art: What makes Leonardo da Vinci’s Salvator Mundi, valued at $450.3 million, one of the most expensive paintings in the world? Is it also the most controversial painting in the world?