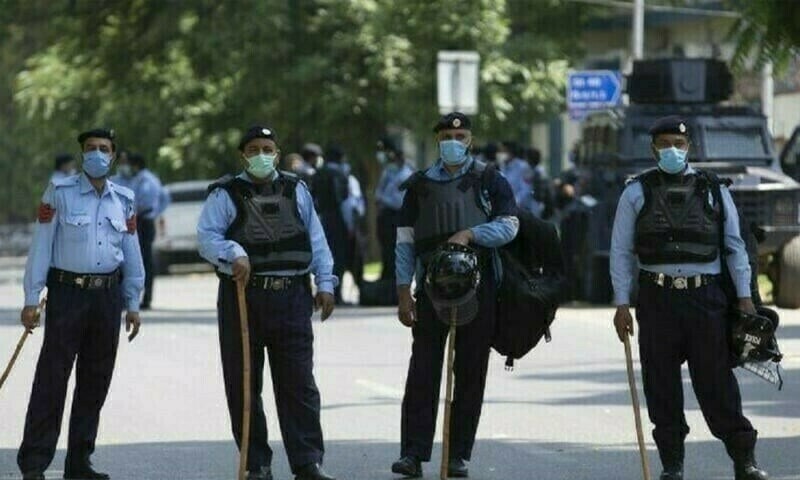 In the context of Pakistan Tehreek-e-Insaf (PTI) rally in Faizabad, necessary instructions have been issued by Islamabad police.

According to the Islamabad Police spokesperson, all traffic routes in Islamabad are open. There are no roads blocked by containers anywhere within the limits of the federal capital Islamabad.

According to the police, all activities and activities are going on normally, however, due to PTI activities in the limits of Rawalpindi on Faizabad, the road from Faizabad to Islamabad will be closed.

The spokesperson also said that citizens should change the route and call 15 in case of emergency.

It should be noted that after getting permission for the rally near Faizabad, PTI workers blocked the road by placing containers in preparation for the rally. Through Faizabad, the entry and exit route of Islamabad is limited. Citizens are asked for an alternative route.

It should be noted that Pakistan Tehreek-e-Insaf Chairman Imran Khan has announced that the Long March will reach Rawalpindi on November 26, where the next action plan will be announced.

On the other hand, regarding the long march of Pakistan Tehreek-e-Insaf, the Ministry of Interior has sent a letter to Government of 4 provinces namely Punjab, Khyber Pakhtunkhwa, Balochistan, Sindh, including Gilgit-Baltistan and Azad Kashmir.

The letter requested all provincial governments, GB and Azad Kashmir governments to ensure foolproof security during the long march.

The letter further stated that, assessing the risk of the actual arrival of the Azadi March in the twin cities, various groups have issued threats related to the long march.

A motion of no confidence, Mr. Hamza Shehbaz convened a meeting of members of the National Assembly in TodayLNU News